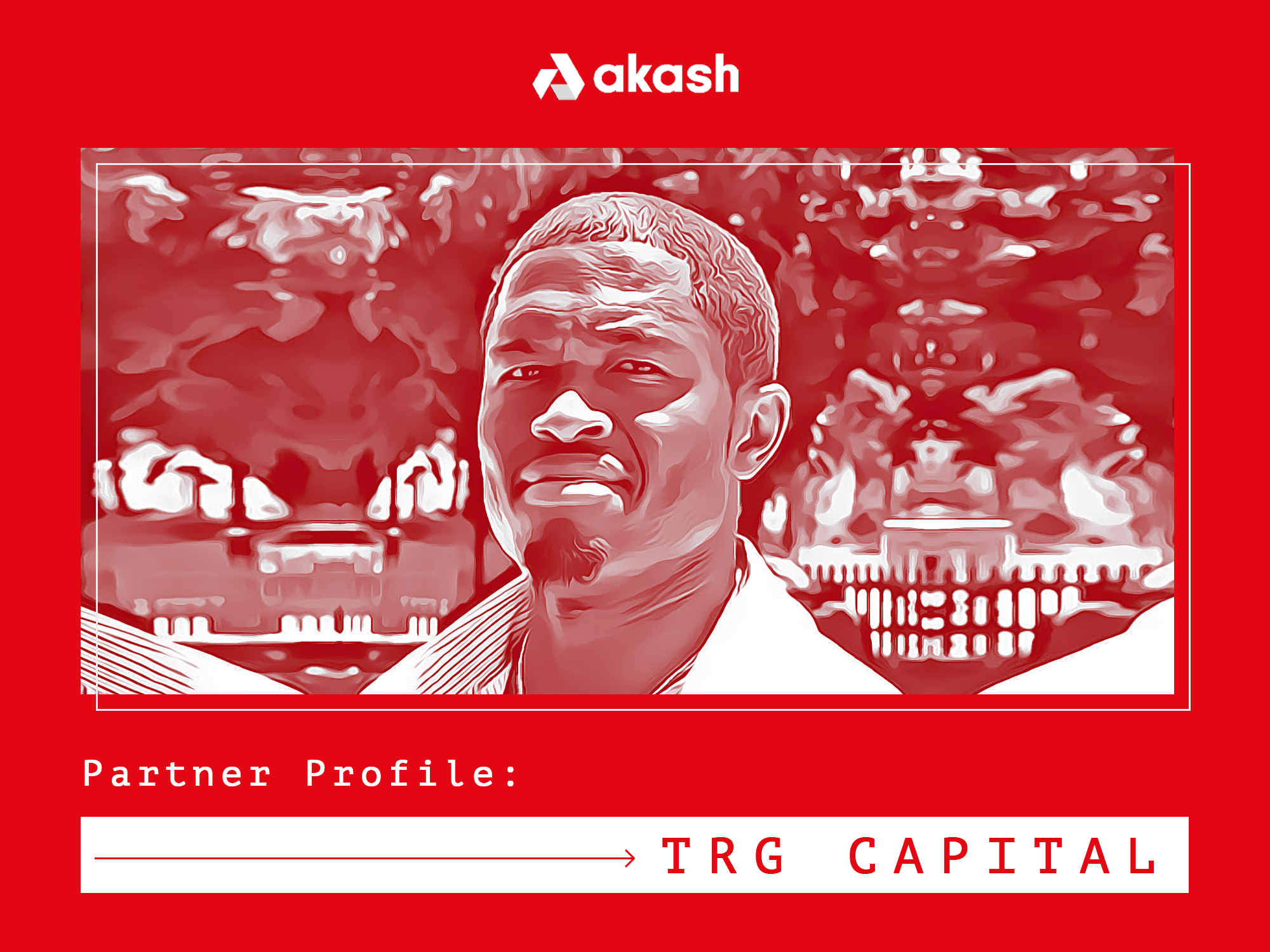 As a former basketball coach, you look at people to fulfill the offense and defense you’re trying to play – can the people you select on your roster execute this plan? Even though I left the basketball world four years ago, it is still a part of me: the way I see people, how teams operate, and how they can work together to achieve success.

We’re excited to announce TRG Capital as a partner, joining our vision for the future of an open, sovereign, and unstoppable cloud.

Recently, we connected with founder and director of TRG Capital, Etienne vantKruys, to dive deeper into his background and his vigilance on due diligence ( he really wants to make sure you triple-check your info), and to glean his words of wisdom.

Etienne has been passionately demystifying the world of crypto with an uncanny prowess for due diligence, uncovering the true value of companies. With his extensive experience, TRG Capital evolved and emerged into what it is today: a force of pragmatism and support, and a partner that can uncover the intricacies of what makes a team successful.

As I began digging through these questions, I discovered Bitcoin, and shortly after, the whole industry of madness began kicking off in 2016 and 2017. I got a group together to form, what was then called, Token Research Group. Prior to this, I was trading stocks and was primarily a short seller looking into biotech, to give you perspective on where that hardcore investing approach came from.

Basically, what a short seller does is that they look for the problems in your company. You want to burst that bubble and examine these startups to filter out the nonsense, the hype, and find its actual value.

We set out to have this product of writing research reports so that we could sell that to funds and fund managers. It’s all about due diligence and we wanted to get to the bottom of what it is that’s really there in these nice, flashy websites and pitch decks.

That’s how we began, and we’d start investing along, but then in 2018 the whole market changed.

We pivoted, and instead of just doing the research, we took our gains and transitioned to doing the investments ourselves, and that’s where TRG Capital came along – that’s its birth and evolution.

What makes TRG Capital different from other validators?
_____

Our emphasis on pragmatism. I meet so many entrepreneurs and developers with a strong mindset for product, but oftentimes what’s lacking is an operational execution plan.

It’s imperative to distill it down to what it is that you’re building – your vision and whatever is in your white paper among all those mathematical equations – and identify the clear essence of: Who is going to use this, how do I get this to market, and what problem is this solving?

I find that many developers and entrepreneurs somehow just breeze past these simple questions. I think to myself, “This sounds great and all, but if my mom can’t use it, this isn’t going to find any adoption.” Reason being, you aren’t building it for your developer friends. If you want adoption, it needs to be frankly, for a 5 year old. Sometimes I would look at projects and they want me to install a wallet, write 200 lines of code, and I just think, “That’s cute, but you’re not ready”.

Providing that mirror to these entrepreneurs and developers, it’s almost like I’m a bit like a business coach or strategic advisor. We’re not just passive checkwriters, we aim to add something extra, beyond validation. We’re really down there, on the ground and dirt, as we build value and scale the company alongside you by running validator infrastructure or key industry connections.

How do you choose what projects to work with?
_____

You filter, because once you add the word “Capital” to your Linkedin profile, you get bombarded with all kinds of offers and pitch decks. You have to be sure before you evangelize and put this out to 6 billion people to use it, so first and foremost, I focus on the people, secondly is product, and third is execution.

As a former basketball coach, you look at people to fulfill the offense and defense you’re trying to play – can the people you select on your roster execute this plan? Even though I left the basketball world four years ago, it is still a part of me: the way I see people, how teams operate, and how they can work together to achieve success.

I first met Greg last year in San Francisco during SF Launch Week in October of 2019, and got introduced by Brian of Kava. To my surprise, Boz was also there, whom I’d already met in 2018 when he was still at Refereum. From there, I realized what a great team of people they were, and as Brian vouched for him, I began to do some digging into the final 2 qualities that I look for.

Looking at Kava, and now Akash, I’m seeing similar characteristics of both a strong team and product that makes me believe they can actually pull it off. We’ll be rooting for that, we’ll be putting our shoulders down, down in the mud, to take this forward.

What are current projects you’re working on?
_____

What new developments in the ecosystem are you excited about?
_____

Going back to my top criteria of great people, the addition of Jack Zampolin has really stood out. As a former coach I will tell you,“You can’t win the Kentucky Derby with donkeys”. If you want to win the Kentucky derby, you need quality horses, and with Jack joining, I think it will really compliment Boz, Greg, and everyone else on the team to move forward and execute the plan.

One thing that stuck out for me about Jack is his ability to onboard developers and amass communities of people to build and plug in. With blockchain, we’re adding another trust layer on top of the internet and the way we transact value globally. You need the builders for that, and Jack is that guy that really compliments the vision that Greg set out. You need those types of people on your team who can pull them in, excite them, show them the win-win, and incentivize them to be a part of the Akash ecosystem.

Secondly, I’ve been impressed by Akash’s ability to stay true and disciplined with the on-schedule launches of the product and platform.

To be a part of this global blockchain evolution. We haven’t even seen 1% of its potential. I’ll be here backing and supporting revolutionary developers and disruptive entrepreneurs as we chip away piece by piece at this global juggernaut monster. Part of that is being in SF for Akash’s launch.

What advice would you give to someone interested in entering blockchain?
_____

1. Everything that’s thrown at you: double check the info, triple check it even.

3. Be more bold. It’s not like we’re blowing up the planet, we’re just building. So it doesn’t hurt to be more aggressive in what you’re trying to achieve. It doesn’t have to be something you start thinking about only when you pass the age of 35. 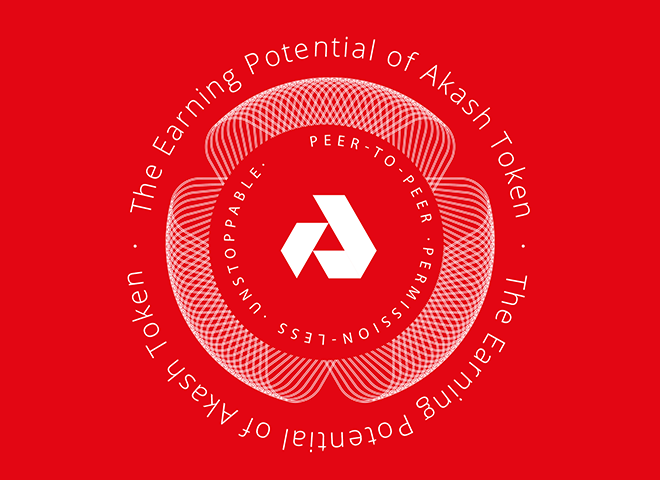 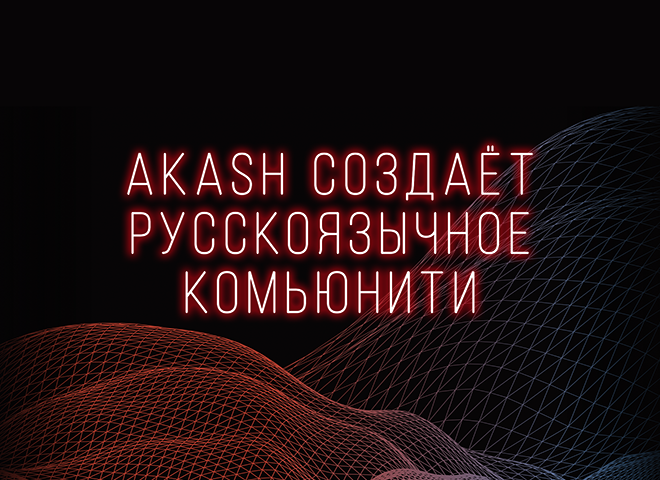 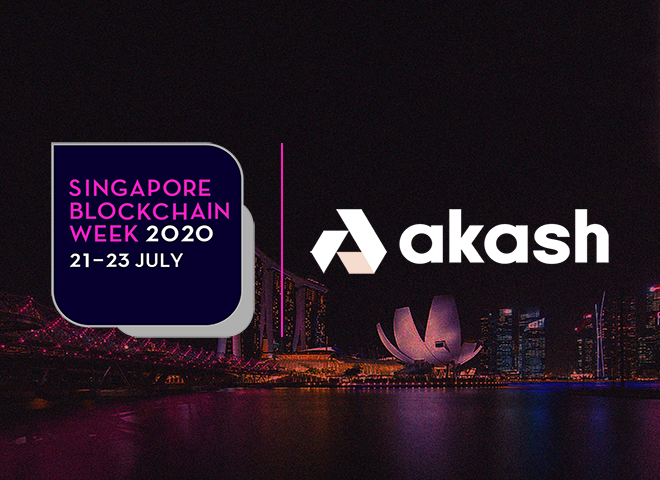